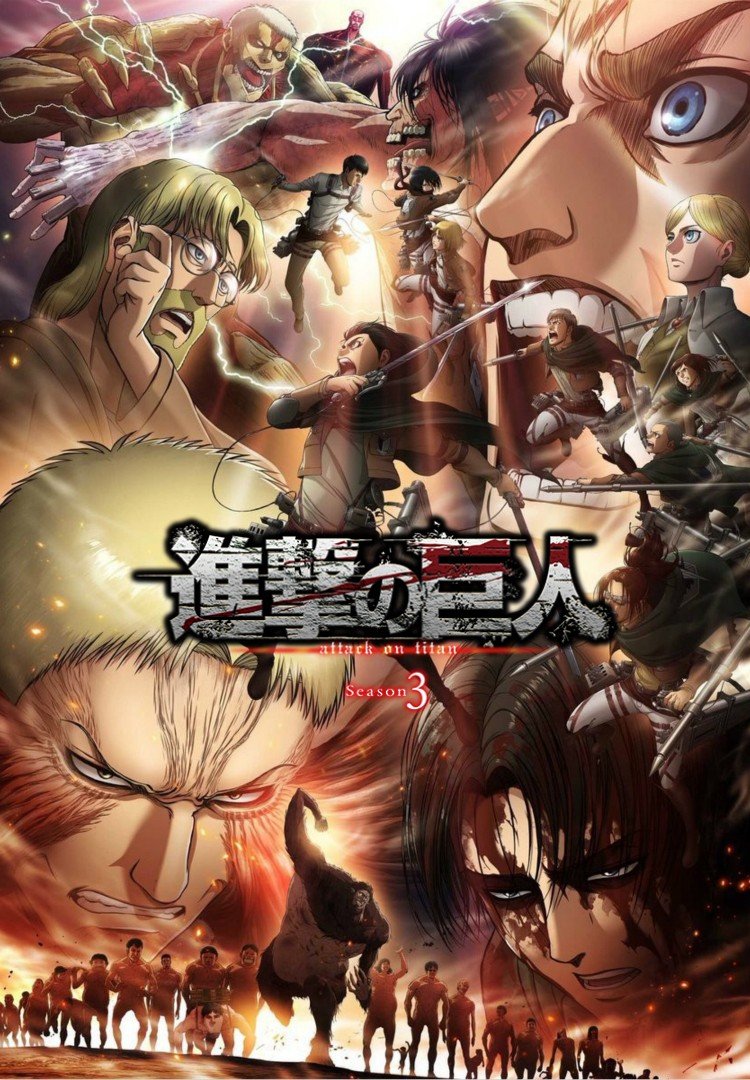 Once upon a time, countless huge giants suddenly appeared in the world, and ordinary human lives were threatened like never before. In order to protect their own safety, the last humans built three high walls: Maria, Ruth, and Hina. Mankind has ushered in a century of peace, but it has also allowed itself to become a bird in a cage, humiliatingly losing its freedom.

In 845, a 60-meter-high super giant and a giant of armor appeared on the scene, destroying the outermost wall of Maria, and awakening the long dream that humans seem to never awaken. In this incident, Alan Yeager (voiced by Kaji Yuki), a teenager who did not want to curl up inside the wall, witnessed his mother’s murder, which strengthened his determination to join the investigative corps. After that, Alan, his childhood sweetheart Mikasa Ackerman (voiced by Ishikawa Yui), and his friend Almin Aruret (voiced by Inoue Mariina) joined the 104th training corps and vowed to become brave fighters capable of destroying all giants. The century of peace is over, and the war between humans and giants has begun again…