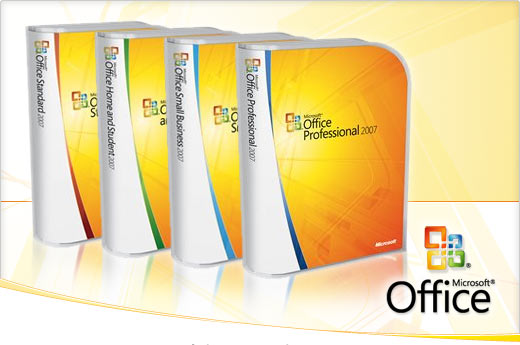 The 2007 Microsoft Office System, or Microsoft Office 2007, is an office software suite developed by Microsoft for the Windows Vista operating system. Known as Office 12 at the beginning of the test cycle, it was scheduled to be delivered to volume-licensed customers on November 30, 2006, and is scheduled to be officially released to retail customers along with Windows Vista on January 30, 2007. Many of the important new features of Office 2007, the most notable of which is its new graphical user interface called Ribbon, which replaces the interface of Office’s original menus and toolbars.

Office 2007 also includes new applications and server tools. The most important of these is Groove, a collaboration and communication suite for small businesses. Groove was originally developed by Groove Networks and later acquired by Microsoft in 2005. In addition, it also includes Office Sharepoint Server 2007, a major revision of the Office application server platform, providing "Excel Services" to support real-time sharing of Excel worksheets on multiple machines, and can be viewed and edited on web pages. Client-server architecture. Although Office 2007 includes many new features, Microsoft FrontPage is completely removed and no longer developed, and will be replaced by Microsoft Office SharePoint Designer and Microsoft Expression Web.

Office 2007 needs to be loaded after Windows XP SP 2/3, Windows Server 2003 SP1 or the main operating systems are Windows Vista and Windows 7.